The Churchill War Rooms museum is an absolutely fascinating part of UK history. This underground museum has preserved the actual site of Winston Churchill’s secret WW2 bunker. This attraction is great for the history buff or for the average tourist. Anyone can appreciate this truly unique time-capsule.

During World War 2, Prime Minister Winston Churchill conducted official business from a group of basement offices. Set underground as protection for the prime minister, his wife, and military strategists, some of the most important discussions took place in those rooms.

The first part of the tour allows you to see some of the most important rooms that helped lead to Britain’s success in WW2. The free audio guides perfectly describe each room from a visual and informational standpoint. You can picture the Cabinet Room being full of intense male leaders chain-smoking through all hours of the night while deciding strategic plans to win the war. After the Cabinet Room, you see the Transatlantic Telephone Room. This was the secret room where Churchill communicated with FDR and other important US wartime figures. Fun fact: the scrambler for the connections was hidden in the Selfridges basement!

Between these rooms and the rest, you head down to the modern installment about Winston Churchill, the person. You go through his life, death, family, politics, and artwork by viewing letters, paintings, memorabilia, timelines, videos and more. It is quite an impressive display, but almost TOO much information.

After the detour, you explore the rest of the rooms, including his bedroom and the Map Room. The Map Room really gives a sense of the complexity of what those gentlemen were faced with. Dozens and dozens of maps with pins and string circle around messy desks and stacks of paperwork. All of these rooms have realistic mannequins set up in traditional dress for that time, to give a greater, authentic sense of the Churchill War Rooms during WW2.


There’s a cafe within the museum and you can also sneak a peak at their private venue, the Harmsworth Room. This unique space can be rented out for company meetings, parties, wedding receptions, etc. Such a fun and different idea.

The tour ends with their gift shop which has some cool propaganda posters, books, housewares, and accessories. I’m a sucker for a gift shop and this was a good one!

Overall, the experience was visually stimulating and extremely informative. The free audio guides were helpful and we all learned a ton. This was the perfect rainy day activity for my family visiting from out of town, but don’t feel you need to reserve it for guests. Head to the Churchill War Rooms museum any day for an educational afternoon. 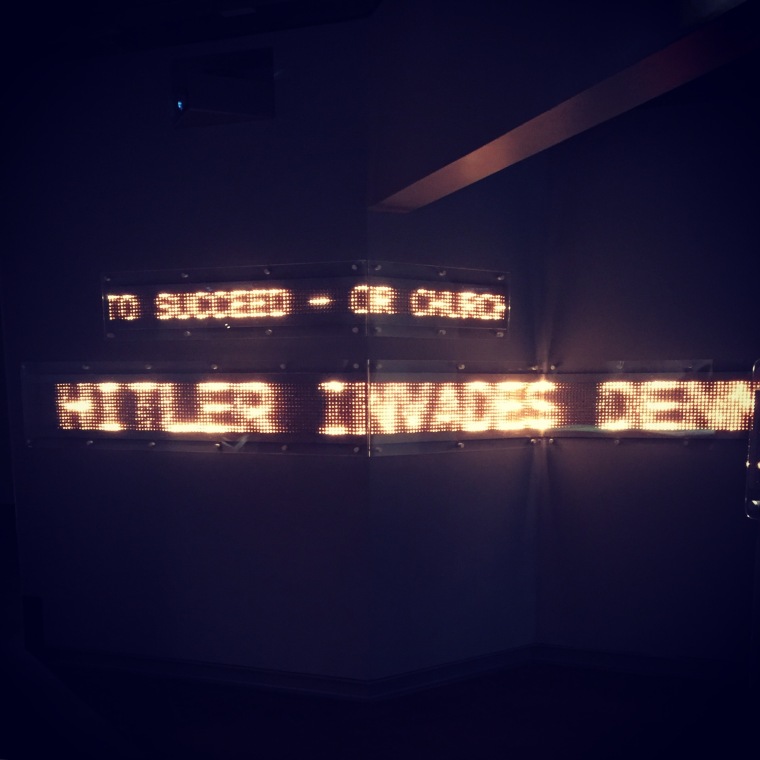